My name is Amanda and I have been brought into the FFFN team to do a monthly blog about all things that are Far From Fkn Normal. I am super excited and honoured to be involved in this venture. Mental health and wellbeing are just so bloody important and the more we can share, the more we can care (a total cliché, I know)!

Each month, you’ll be hearing from different people empowered to tell their stories. You’ll be reading about different topics that will educate and likely resonate greatly with you and others you know and care about.

For our first blog, I thought I would take the opportunity to share my own personal mental health journey. It’s pretty intense, but I have never shied away from being open, honest & vulnerable. I feel that the only way to reduce stigma and promote compassion and understanding is to embrace adversities and acknowledge their impact.

My story starts in 2011, when I was 29 years old and first diagnosed with Type 1 Bipolar Affective Disorder. My diagnosis came on the back of several years of intense mood swings, desperately low periods followed by significantly elevated states (sometimes all within the space of a day), which exhausted, scared and confused me, as well as my husband and our two young children. 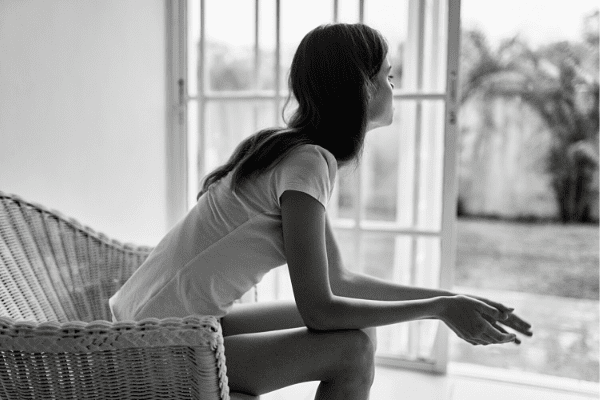 From the time I was diagnosed, my life went on a trajectory that was FAR FROM what I was FKN anticipating.  After consulting a Psychiatrist, I was prescribed two different medications to help improve and manage my instability. Although my moods levelled out and I started to feel more balanced, I experienced a drastic side effect; 65kg of weight gain on my little 5’1 body in an insanely short period of time (I started off at 65kg, so I literally became the size of two of me). Obviously this massive gain caused a great deal of physical and emotional strain and stress and at the age of 30, I was pre-diabetic, hypertensive and unable to take more than a few steps without becoming short of breath. I wasn’t able to keep up with my kids, I couldn’t even bend down and tie my shoelaces! My self-esteem was obliterated.

I discussed these concerns with my Psychiatrist and we agreed that I should titrate off one of the medications that was causing the weight gain and try a relatively new drug on the market that was more weight neutral. THIS DID NOT GO WELL. Within three months of coming off the original medication and starting the new one, I entered into the worst period of my life – acute psychosis.

I was overwhelmed and overcome by constant, unrelenting suicidal and homicidal ideations, the latter predominantly directed toward my children. My entire body felt like it was in a vice that was weighted to the ground, the thoughts and feelings I was having made me feel physically sick to my stomach, I felt like I couldn’t move or breathe and everything I was experiencing was inescapable. It was agonising.

Consequently (and thankfully), I was hospitalised in a private facility not far from where I lived and from there began a slow and scary rehabilitative journey. For the first several weeks after admission, I was medication resistant. This basically meant that all the previous medications that had successfully balanced my instability, no longer worked. My treating Psychiatrist and family thought it would be best for me to remain in hospital in the hopes that additional time on the medications would help. It didn’t.

Within another few weeks, I had reached catatonia. I became robotic in my demeanour, I was dissociative, I had significantly diminished verbal and physical capacity and I was not able to eat or drink. I was bedridden and both my mind and body had completely shut down.

After a family meeting with my Psychiatrist, a decision was made about my treatment and it was severe.  I was to start having electro-convulsive therapy (ECT) in an attempt to reset and reboot my brain. I was fucking terrified, as were my husband, parents and other family members. ECT was depicted in movies as torturous and barbaric! Fortunately however, the reality wasn’t quite as dramatic.

I had bi-weekly treatments under a twilight general anaesthetic (heavy sedation without the need for intubation) as an inpatient at the hospital and was assured that I would start to feel significant improvement within a few weeks.  I did.  After eight treatments over four weeks, there was a marked change in my affect. I felt lighter, brighter and less overcome by the horrific thoughts that had been constantly plaguing me for weeks prior. I was discharged from hospital to 24-hour care at home and I continued on with another eight treatments as an outpatient. I then recommenced the original medication regime I was prescribed at the time of my diagnosis following the 16 rounds of ECT.

Being back in my own environment with my husband and beloved children after several months in hospital was both a godsend and a nightmare. I didn’t know whether I could be a wife and mother anymore. I didn’t know whether I could trust myself or whether others could trust me. I was so fucking scared that the intrusive thoughts would come flooding back that I doubted my own recovery….. 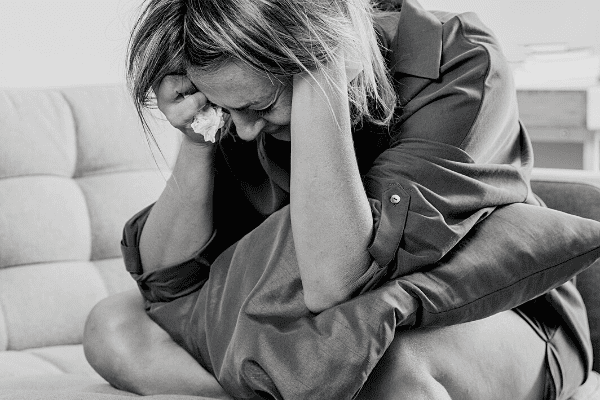 Given it’s now 2022 and I am writing this retrospectively and with great clarity, I did get better.  It was slow and at times, bloody treacherous, but over a period of months my brain clicked into gear, my chemical balance was restored and I reintegrated back into my world of parenting, socialising and studying (I forgot to mention that when I entered my psychotic state, I was partway through my Bachelor of Midwifery at university). I successfully maintained stability for another few years.

Although my moods were relatively stable, 18 months after hospitalisation, I still had the awful burden of carrying around an extra 65kg on my little frame.  I consulted a bariatric surgeon and made the choice to have a gastric sleeve operation.  This was a drastic and (pardon the pun) heavily weighted decision, one that my family had reservations about.  The concerns didn’t just surround the operation and recovery, but also the fact that my digestive system would become malabsorptive; a response that could potentially impact the efficacy of my medications.  I considered the risks versus the benefits of pursuing the surgery and made the autonomous and informed decision to go ahead.  After another long recovery with slow progress, I shed 50kg and a MASSIVE burden along with it.

I successfully completed my degree and started working as a registered midwife, my family evolved with my kids entering high school, we moved house to a beautiful property on the Mornington Peninsula and life was great!  So, what did I decide to do?  Well, secretly titrate off my medications of course!! I mean, why would I need to be on them if things were going so well? I wasn’t sick, I didn’t need pharmacological agents in my system unnecessarily.

BAD DECISION, but not atypical of someone with bipolar to make. Another relapse ensued, albeit thankfully not as severe as my previous experience, and one that did not require hospitalisation.  It was impactful enough to give me and my family quite a scare though. I sought treatment, started new meds, and stabilised again after a couple of months.

Since 2018 I have had many ups and downs, predominantly triggered by environmental and/or situational factors and just due to life in general, but with medication compliance and a complete commitment to living a healthy, balanced and responsible lifestyle, I have remained relapse free. 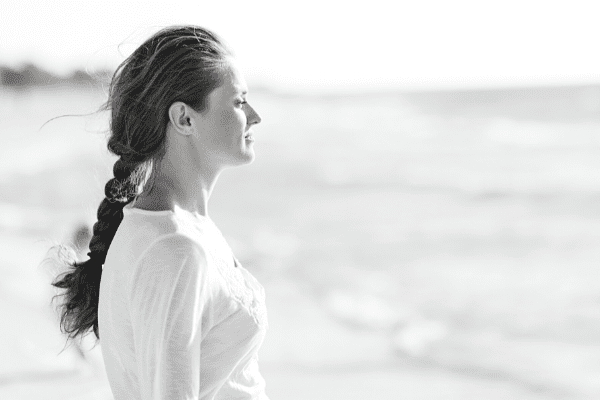 I know that my future stability isn’t guaranteed and there is every chance that I may experience relapses in years to come, but I remain insightful about my condition and my triggers and know when to seek help. I am also so incredibly lucky to have a robust, non-judgemental and unconditionally loving and caring support network who I feel safe and comfortable talking to if I start to feel unstable. I cannot tell you how much of a positive impact this has on my psyche.

So that’s my story. Well, a chapter of it anyhow! Thank you for taking the time to read it. It is my journey that makes me feel so akin with the FFFN movement and what it represents. Let’s have conversations about mental health! Let’s talk about shit that we might be hiding out of shame and fear of judgement.

Over the coming months, we will be offering FFFN subscribers and followers an opportunity to tell their own stories. This will allow for greater appreciation of the human mind, promote kindness of spirit, and highlight the importance of empathy, compassion and education about the complex world of mental health.

I’m so excited about this new level of connection!

I am Far From Fkn Normal and I’m proud to be.

Catch you in the next blog!

Certain topics discussed in FFFN’s blogs include content relating to mental health, suicide and other triggers.  If you are experiencing any mental health concerns, please contact your GP or nearest healthcare facility.  In the event of an emergency, please call 000.  For community support, please reach out to Lifeline, Beyond Blue or other credible mental health organisations. FFFN do not provide any professional mental health or medical advice and/or treatment. 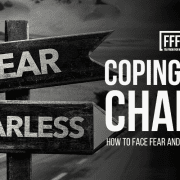 Coping With Change: How to Face Fear and the "New Normal" 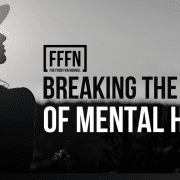 Breaking the Stigma of Mental Health 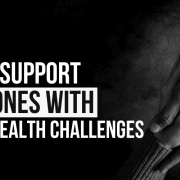 How to Support Loved Ones with Mental Health Challenges

10 Things You Can Do For Your Mental Health